Poland has become the latest area in the world to see the powder-keg of the craft beer revolution explode in recent years. Warsaw has particularly welcomed the barrage of barrel aged ales and lagers with open arms. The city boasts over a whopping 25 craft beer bars within its borders and isn’t shy when it comes to showing off the craft of the country at its craft beer festival held every spring and fall.

But don’t just take our word for it. Pour into some of the bars listed below when you visit Warsaw with a guided craft beer tour and get all the foamy goodness you can drink! With that being said, let’s dive in. 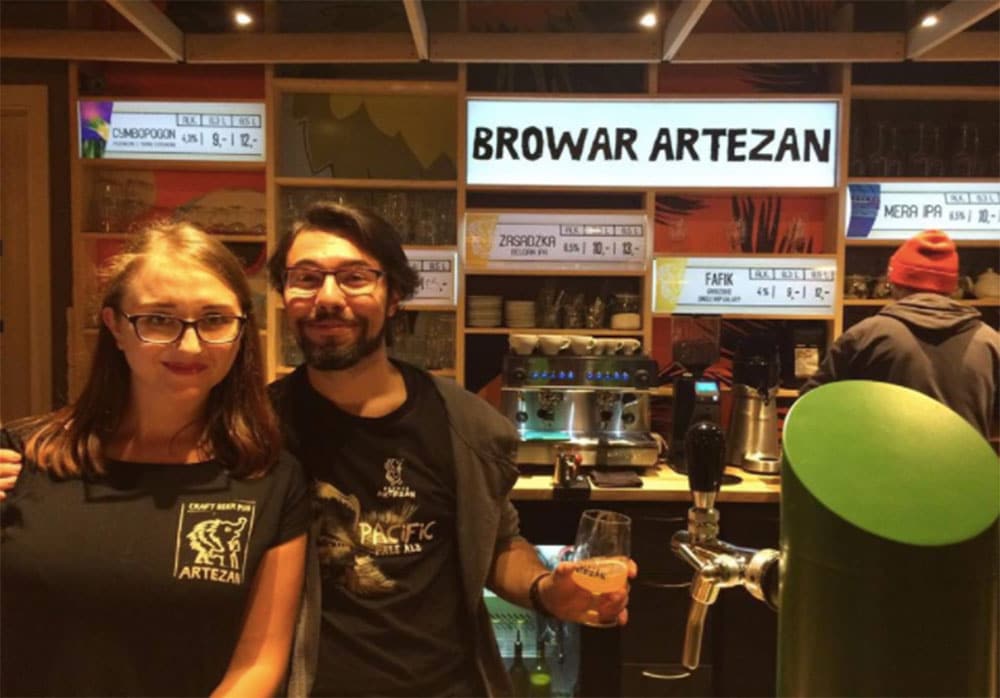 If any bar gets to wag its finger at the other breweries in Poland and say “Na na na na na”, it’s Artezan. This bar is one of the only self-brewing craft taphouses in all of Poland, featuring all of its own products on tap from its signature Pacific IPA to its hop gun infused Cześć Bogdan. Brewing since 2012, it had established itself as one of the first independent craft breweries in the country. Since then, they’ve been refining their craft (pun intended) brewing with a mixture English and Belgian influences. The brewery is family run by a bunch of hop heads and their journey is well documented in framed polaroids all over the bar. They typically feature a few more barley wines on tap then you would find in most Polish taphouses; but don’t worry, they have a large assortment of different beer styles on tap and in the fridge to satisfy any beer enthusiasts pallet. 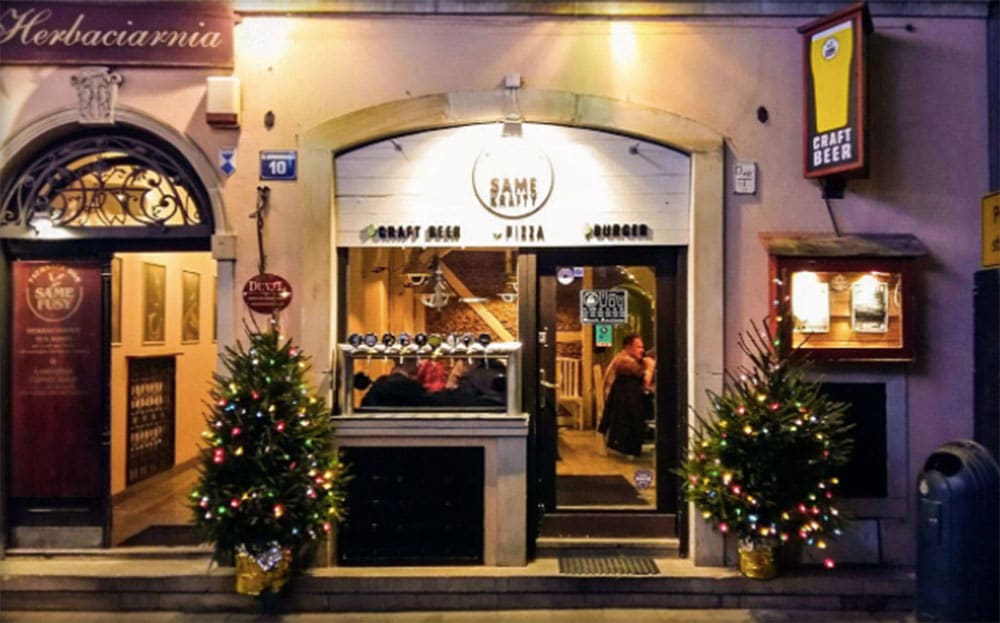 Located within a hops throw of the Barbican in Old Town, Same Krafty’s taphouse was so popular after its first year they had to open up a second location…..across the alleyway. Every beer loving tourist relishes the chance to take a breather from walking the cobblestones to grab a seat in one of their cozy bars during a long day of sightseeing. But don’t think of it as just another tourist trap; the locals frequent the bar even more just to talk shop about the craft beer world with the beer geeks behind the bar. The bartenders are as welcoming as they are knowledgeable, and the owner Marcin is always willing to give you his hopinion on the craft beer scene. Not to mention they serve wheel-sized pizzas and polish delicacies if you get a case of the drunchies. Same Krafty really is one of the best hubs to taste the best that the Polish craft beer scene has to offer. 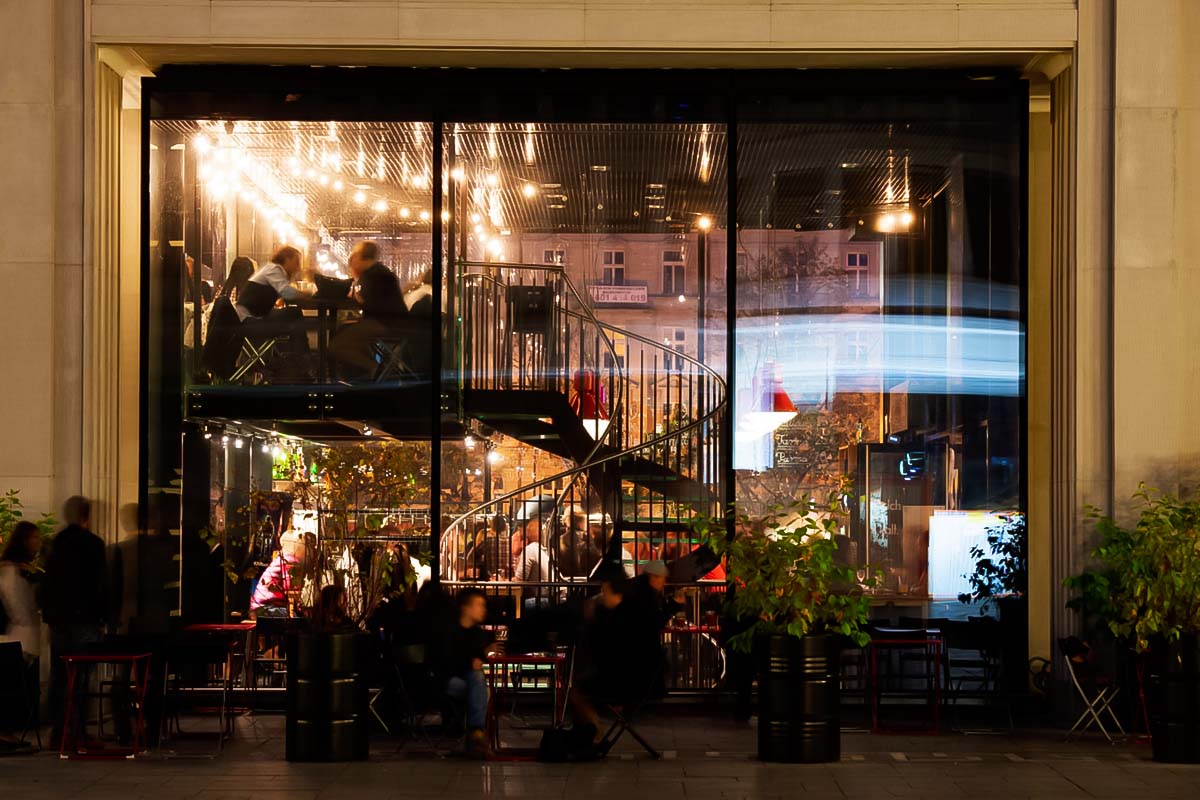 Get outside with your beers in the terrace

They won’t use a hammer and sickle to tap a keg, but this bar located in the old communist headquarters boasts a prime location to kick your feet up outdoors and drink damn good beer during the spring and summer months. Iconic for their hand drawn menu on the window, Cuda na Kiju has a wide range of selections on tap as well as a good haul in the fridge. If the good weather has come and gone, you can find space on one of its three floors and enjoy a well brewed beer and some pizza. As one of the first taphouses in Warsaw, Cuda na kiju has barrel aged experience in the Polish craft beer scene. 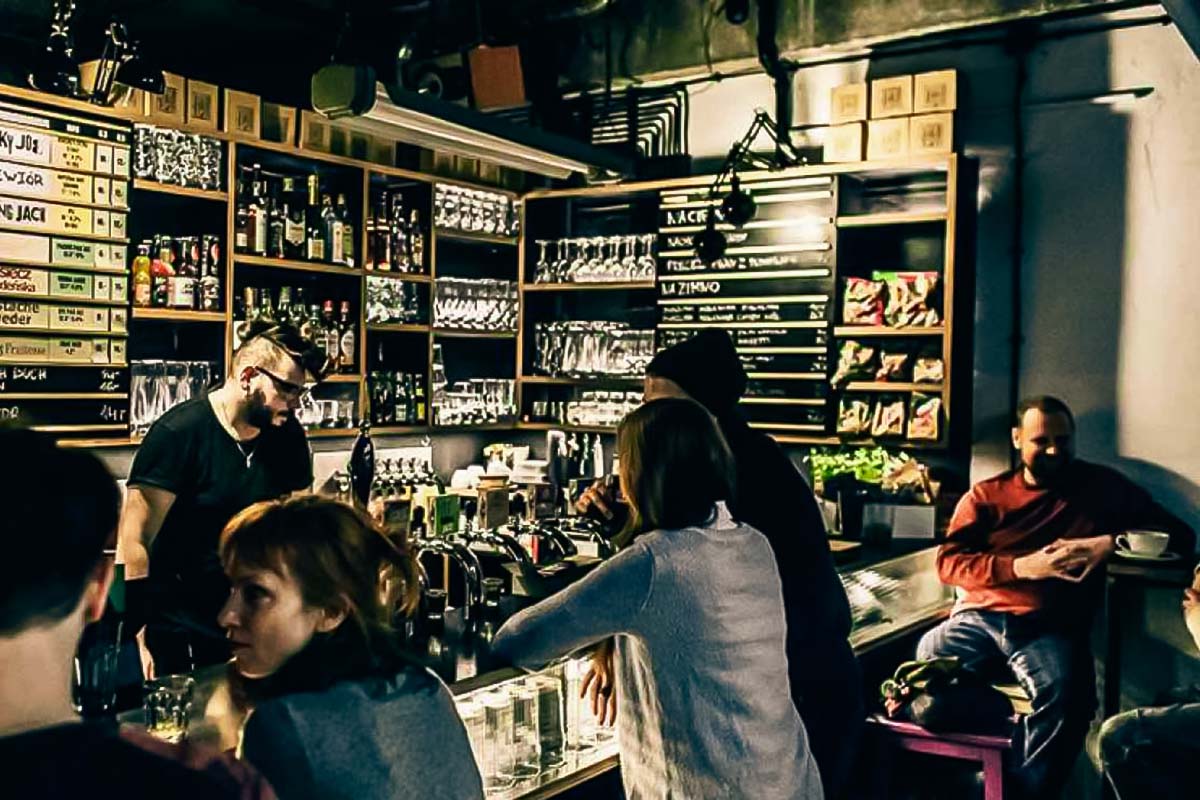 Perhaps the most seasoned veteran of them all when it comes to Warsaw taphouses, Kufle i Kapsle has the cozy charm to go with all of its craft wisdom. Located smack in the center of the city on Nowogrodzka, the cozy bar’s brick-walled interior is always filled with the city’s beer geeks angling to try the what’s what in the craft beer world. They’ll have some old school favorites from established breweries from all over the world and feature some new beers from Poland’s up and coming breweries. You can try flights of beers served on wooden pallets to sample a few at once, or taste throughout the day while you nestle in for a long afternoon or night of banter with old friends in a homely atmosphere. When it comes to the beer revolution in Warsaw, you can imagine Kufle i Kapsle as the white-haired stoic general quietly leading the charge. 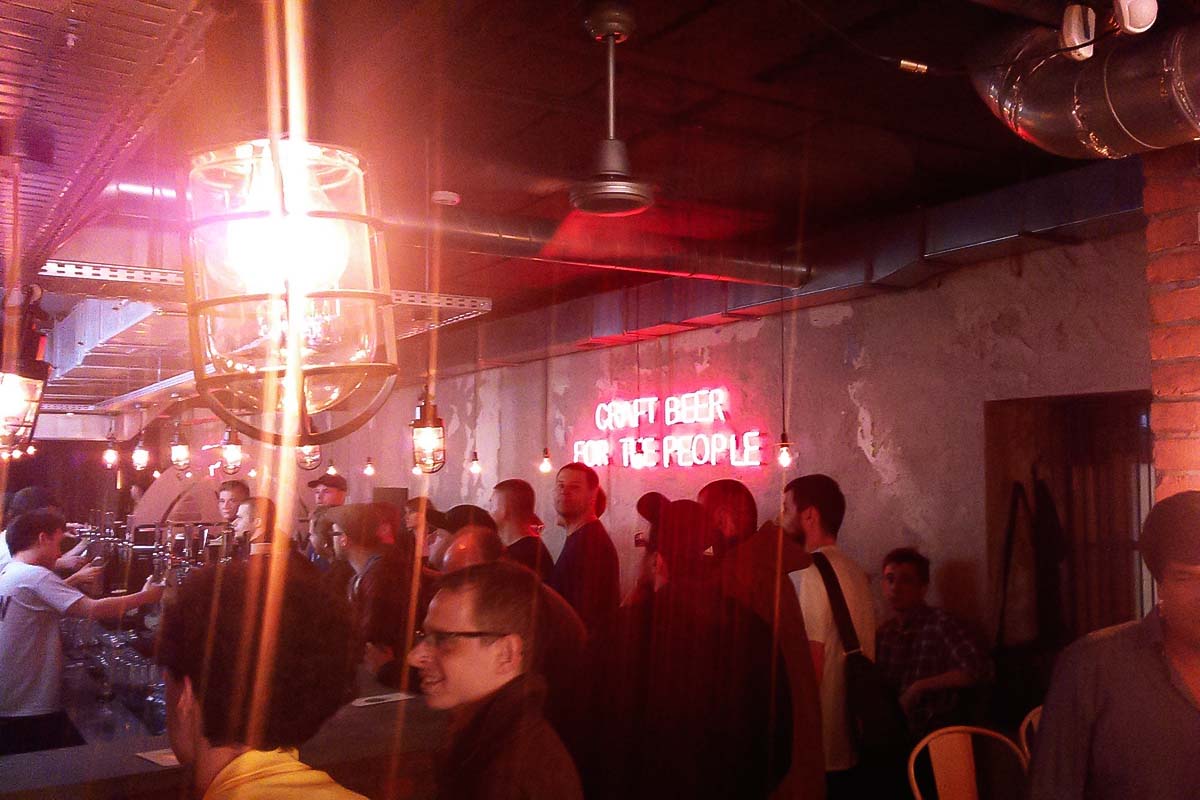 Recognizing the budding scene in the Phoenix City, Brewdog opened up its premises just within the shadow cast by The Palace of Culture and Science in early May of 2016. They feature a healthy selection of 18 eclectic beers on tap from their own brewery, around Europe, or directly from established Polish brewers. They utilize a variety of styles they rotate through their taps with a few favorites being the Punk IPA and Jack Hammer, a west coast IPA. They import their beer straight from their brewery in Scotland, which attributes to a little bit of a higher price than normal by a few extra zloty; however, they’ll be the first ones to tell you that you can’t put a price on good beer. BrewDog may be new to Warsaw, but their mixture of white-haired wisdom paired with a counter-culture influence makes for a great experience when diving headfirst into the Warsaw craft beer world. 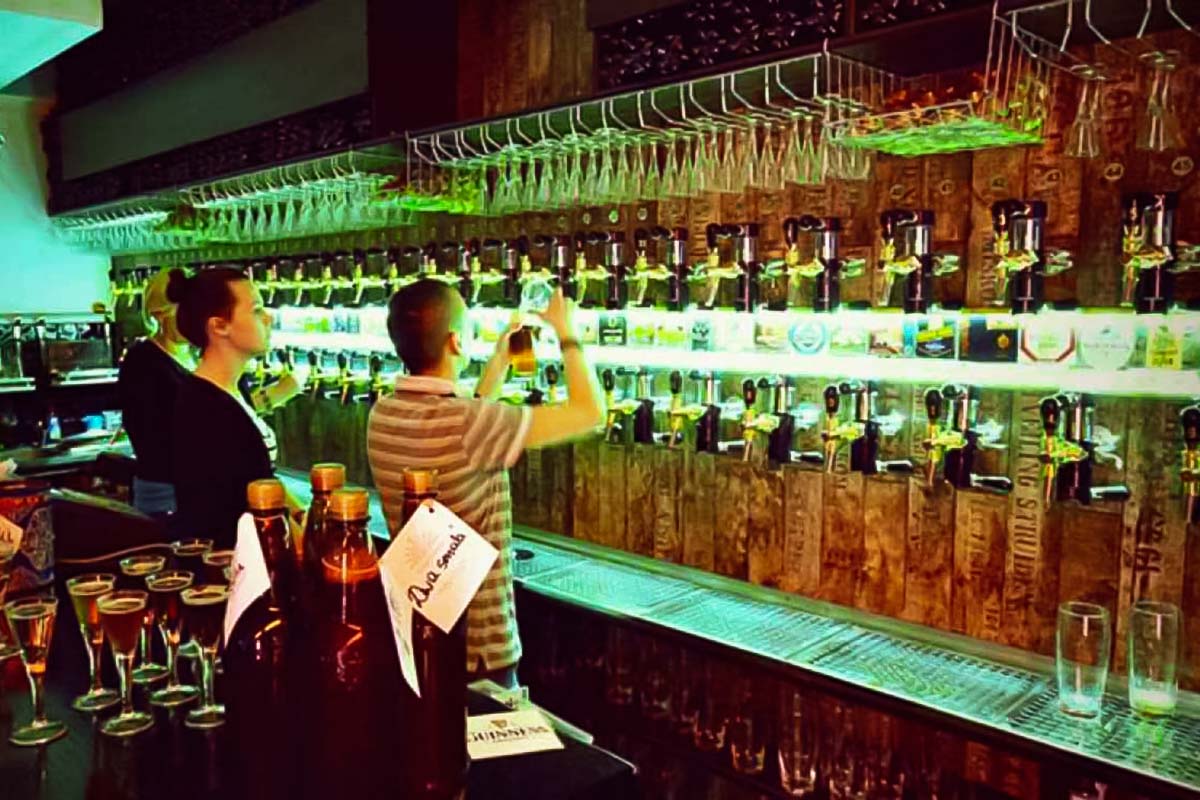 If craft beer had its own rap star, he’d be a self-proclaimed hop head straight out of Piw Paw with a hit single called “Taps On Taps On Taps”. This bar might be the Titanic of Warsaw when it comes to sheer quantity and quality, boasting a whopping 91 beers….just on tap. Their spacious venue is always packed with locals and tourists alike sampling local and international craft beers from all over Europe. If you’ve ever had that stubborn friend that always says “they won’t have anything I like”, take them here, make them sample everything, and, even if after sampling 91 beers they say they didn’t like anything, they won’t remember and you can tell them they loved it the next day. The bar is laid out simply enough with enough tables and chairs between upstairs and downstairs to house a small militia. But get there quickly or make a reservation cause this place is usually always packed. 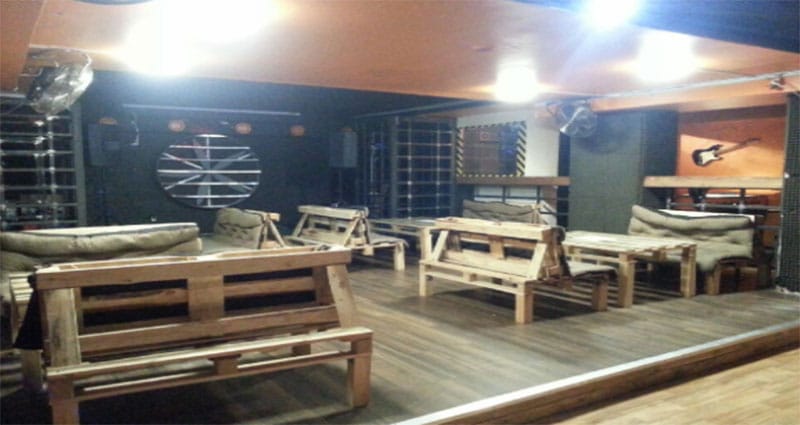 You’d be hard pressed to find a bar in the middle of the city that feels as neighborly as Craft Rock’s underground taproom. The bar usually plays host to a variety of metal or rock bands, but also doubles as the stomping grounds for Dungeons & Dragons, Magic The Gathering, and other card and board game enthusiasts. They have about 12 taps and a fridge full of local Polish beers; but it’s really the atmosphere that makes this place so commendable. The place is filled with handmade pallet furniture with enough space and local regulars that make it not only easy, but pleasurable to manage getting some work done if it’s in the early afternoon or evening. 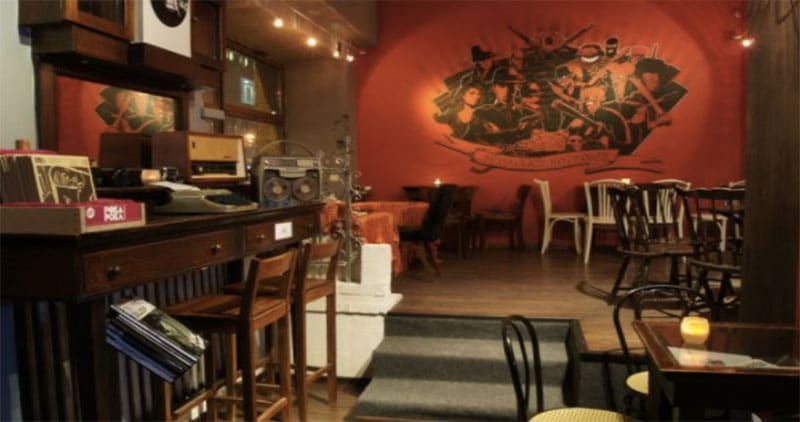 Conspirators of Pleasure–also known as Spiskowcy Rozkoszy–is home to cozy plush couches and small wooden chairs that give this bar a studious feel upstairs, and a very divey feel downstairs. It pours and stores twice as many beers downstairs than upstairs, but the whole bar comes together in its community of homely, beer loving people rocking out on its old wooden barstools. They often rotate beers from various Polish brewers, but particular favorites they keep in the fridge are a series of beers from AleBrowar. One of them–called Rowing Mike–is a classic IPA that makes you feel like you’re eating the hops rather than drinking them. 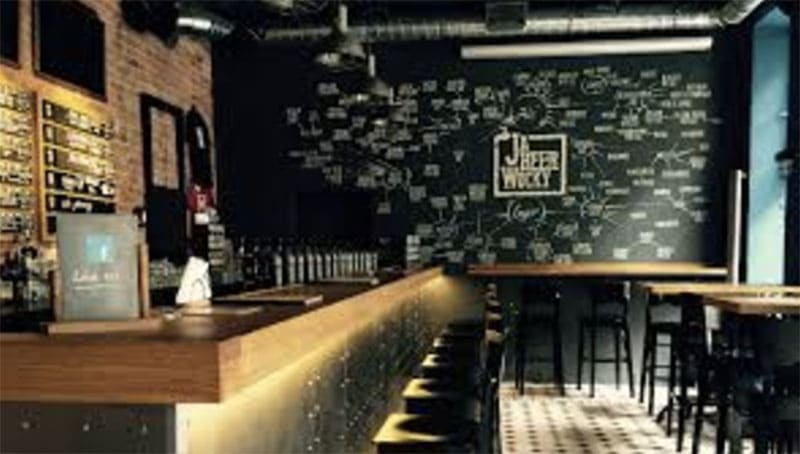 Named after the nonsensical poem by Lewis Carrol, a few beers from this local joint will have patrons speaking the same kind of nonsense. Located on Nowogrodzka just across the street from their rival neighbors, Jabeerwocky boasts much of the same eclectic selection you may find on the other side of the sidewalk. However, Jabeerwocky excels where their rivals do not; they have TV’s. If you’re looking for a good place to catch a national football or volleyball match from Poland and the rest of Europe, this bar has you covered. It’s spacious enough for bigger gatherings and it’s simplistic interior makes it a nice place to pop into just after work or a long day of sightseeing.

There may not be a more pub-lovers pub in all of Warsaw than Goraczka Zlota. This is a small place just a block from Plac Konstytucji with just a few lacquered wooden tables and chairs that can seat about 20 people comfortably. But what this bar lacks in space it makes up for in charm. The walls are laden with old school beer coasters and bottle openers that were gifts from its patrons stretching back for the last 20 years. It’s run by a Polish family that works the bar and the kitchen, providing a heap of legit Polish cuisine and an above average burger. While the hosts may not speak the best English, you’d be hard pressed to argue that it doesn’t add to the place’s charm. It’s got one TV for some weekend football and just a few taps that pour a few of the most popular Polish IPA’s and other crafts from around the country. If you’re looking for an old school bar that has none of the frills and all of the substance, this is it.