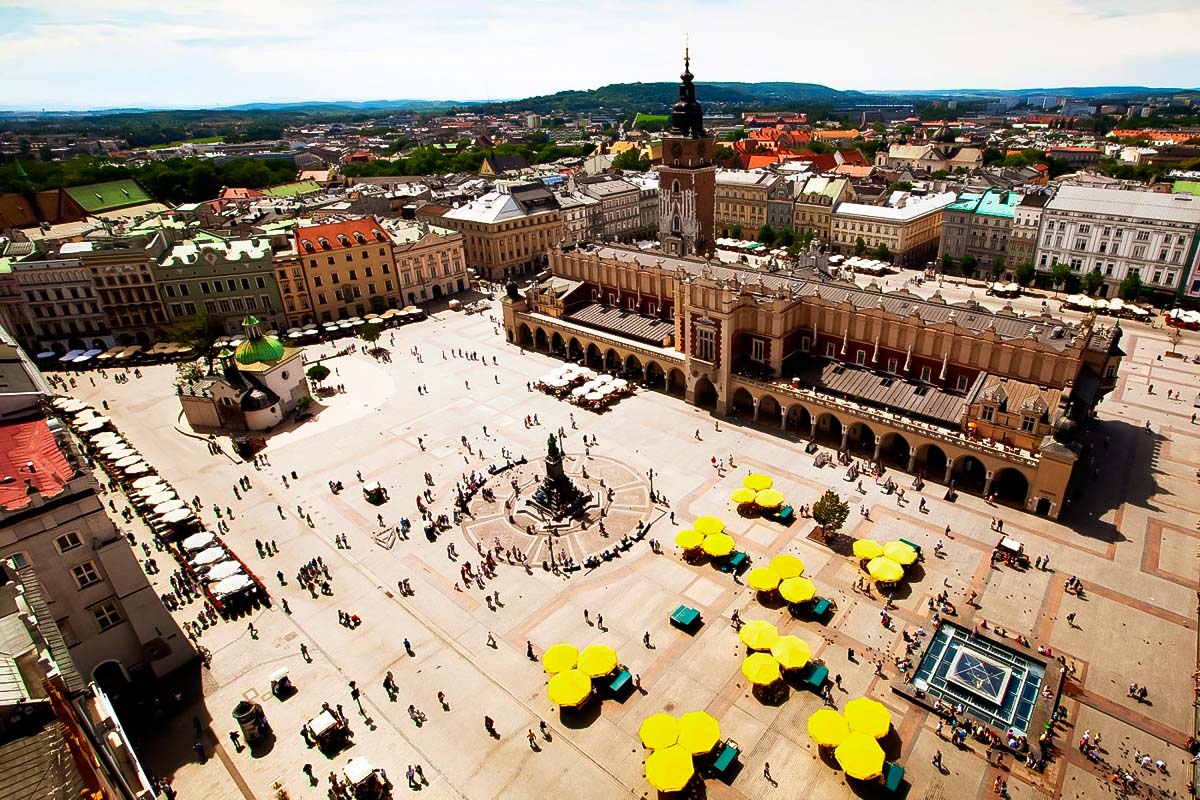 Kraków’s Old Town luckily survived the Second World War, and so you are able to feel the ambiance of the days when it used to be the capital of Europe’s largest country.
Stunning, magnificent, romantic, charming, fun, friendly and most of all cute… there are countless words to describe Kraków, but none of them entire show its spirit. Come and join us for a tour around a city that hasn’t changed much from the Middle Ages to find out why it was included on the first ever UNESCO Heritage List!
It all begins long time ago… (Yes, it’s like a fairy-tale, and we will guide you through it: sometimes joyful, sometimes sorrowful.)

We will journey through the city’s legendary beginnings and its development in the Middle Ages. We will show you where to look to find the city at the height of its power and glory in the 15th and 16th centuries where its streets were walked by Copernicus himself and the city was the capital of the biggest country in Europe, sometimes called United States of Europe.

These were the times when the streets of Kraków were like the streets of London or New York today: reverberating with sounds of many different languages, colorful with clothes and exotic goods, and teeming with people from all around the world.

The city itself hasn’t changed much since those days. When Kraków experienced times of collapse and decline, there simply was no money to introduce big changes and necessary improvements. So Kraków remained as it was at that time: small, cute, and a bit provincial.

The city experienced its decline in the 17th and 18th centuries, but rose like a phoenix from the ashes in the 19th century. Then, cultural life flourished and the city was full of artists such as Jan Matejko and Stanisław Wyspiański.

From the 19th century, we just have to take a small step forward to enter the city’s darkest hour: when the Main Market Square had its name changed to Adolf Hitler Platz. It was also during this time that Kraków became the home of a young man who later changed the fate of Poland. His name was Karol Wojtyła, better known as John Paul II.

Like every story, Kraków’s story should have a happy ending, right? And today’s city will surely provide one! Be ready to watch, touch, listen, smell and taste. You will definitely need all of your senses to discover Kraków!